Carbon Reduction – The Halfway Measures Are Killing Us

Posted on November 24, 2019 by DaveRhodyWriting

Two thousand years ago Roman philosopher Lucius Annaeus Seneca warned of ‘the futility of halfway measures.’ He was talking about the general tasks of everyday life, but may as well have been talking about city, state, federal and corporate programs designed to address climate change.

Reading through a lengthy ProPublica article about California’s cap-and-trade program, I realized it was all summed up in the title: ‘Cap and Trade Is Supposed to Solve Climate Change, but Oil and Gas Company Emissions Are Up.’

The concept of cap-and-trade is simple: industries spewing carbon and other harmful GHG’s into the atmosphere are fined big bucks which, of course, is supposed to be a major disincentive, motivating them to pollute less.

Another of Seneca’s sage advice was that a physician cannot properly prescribe a remedy without feeling the patient’s pulse. Quite obviously the State of California did not have its rule-making finger on the pulse of corporate California. Grumbling at first about paying fines for their carbon emissions, big polluters like Marathon Petroleum and Chevron adapted quickly, simply building the cap-and-trade fines into the cost of doing business. Since its carbon-reduction initiative began in 2017, CO2 emissions from California’s oil and gas industry rose by 3.7%.
ProPublica – Cap & Trade Is Supposed to Solve the Climate Crisis

To the misfortune of all of us the same story unfolds in the airline industry. Conscientious carriers like KLM, EasyJet, Qantas, Air Canada and Air New Zealand are moving toward what they describe as ‘net-zero carbon flights.’ They’re accomplishing this by buying ‘carbon offsets’. Like cap-and-trade these are self-imposed fines for the carbon their jets release into the atmosphere.

Their efforts are worse than a halfway measure. Mike Childs, of Friends of the Earth calls it “a giant con.” They are, on the one hand, cozying up to climate-minded flyers, assuaging their guilt and, on the other, trying to woo back the purists like Greta Thunberg who, entirely opposed to flying, is currently traveling back across the Atlantic on another zero-carbon yacht. But, what about the good their carbon offsets money is doing?

The millions from airlines and other polluting companies goes to projects that restore forests, update power plants and factories or increase the energy efficiency of buildings and transportation. But, even tree planting, the most straightforward and worthwhile of these programs does little right now to help us achieve the goal of net-zero carbon emissions by 2045.

On average trees planted today won’t start sucking carbon out of the air for fifteen or twenty years. In 2035 they will definitely help absorb the carbons we’ll still be emitting, but meanwhile CO2 emissions from commercial airlines totals 918 million metric tons annually — 2.4% of global CO2 emissions. And there has been a 32% increase in airliner emissions over the past five years.  Dirty Planet But A Clean Conscience/CNN

Another misleading carbon-reduction program – one that can’t even be called a ‘halfway measure’ – is the widely promoted use of ‘renewable diesel’ in public transportation. I’m very familiar with its use here in California, where I work on climate issues with the Climate Reality Project.

Although it was supposed to be a step-beyond the false claims of bio-diesel, ‘renewable diesel’ is produced by hydro-processing animal fats and vegetable oils, then it’s mixed with petroleum diesel (the ratio of the mixture seems to be a well-kept secret). The Neste Refineries of Finland dominate the market and dominate the information available on their product. Neste’s claims that ‘renewable diesel’ reduces carbon emissions by 60% – 80% are vastly inflated by their bias.

The most comprehensive independent study of ‘renewable diesel’ I could find was conducted by the U.S. Department of Energy. Their results indicated that, on average, renewable diesel reduces carbon dioxide emissions by a mere 4.2% compared to petroleum diesel. 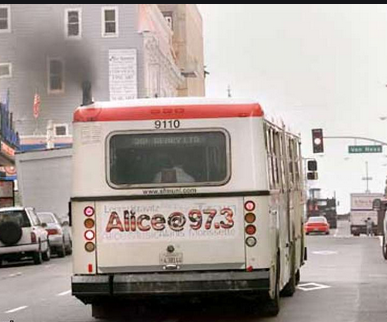 Yet here in the climate-conscious Bay Area, Golden Gate Transit which operates a vast fleet of commuter buses and ferries across the Bay and San Francisco’s MTA with hundreds of buses crisscrossing the city have both been claiming sustainable energy practices by touting their use of ‘renewable diesel’.

Notably, the board of directors of the Golden Gate Bridge District on October 25th 2019, voted in a ‘Climate Emergency Resolution’ promising to move as fast as they can to all-electric buses and ferries. Hopefully, other transit authorities will follow.

Halfway measures, as Seneca warned do more harm than good. Programs like cap-and-trade, carbon offsets and fuel alternatives like ‘renewable diesel’ are false gods. They let us believe we’re making progress in addressing the climate crisis. But, what little progress is made by these half-measures is dramatically countered by the diminishment of our commitment.

If we succeed in mitigating the impact of the climate crisis, it will not be by the distraction of half-measures. This crisis requires an all-out assault on fossil fuel emissions.

Training with Al Gore at the Climate Reality Project is just the beginning of my new commitment to Climate Activism. My previous incarnation began in 1983 when, just for the hell of it, I ran from Los Angeles to San Francisco. That lone adventure opened a door that led to a thirty-two year commitment to RhodyCo Productions. We produced running and cycling events, big and small, in and around San Francisco, raising millions for Bay Area non-profits. '468 events - 1.5 million finishers' was our final tagline. But, writing has always been my first love. I've been a baker, a pizza maker, a business owner, a waiter, a social worker, a sex educator, strawberry picker, a seminarian, a race director and now a climate activist and a writer. My first novel 'Dakota White' (2007, iUniverse) is available on Amazon. Find me on QUORA, writing under my pen name, 'Abbey Rhodes'. Or on Twitter @DaveRhody
View all posts by DaveRhodyWriting →
This entry was posted in Climate Change and tagged #Air Canada, #Air New Zealand, #airliner pollution, #airlines, #Cap and Trade, #carbon offsets, #Climate Crisis, #Climate Emergency, #Climate Reality Project, #ClimateChange, #CNN, #electric buses, #electric ferries, #Environment, #Golden Gate Transit, #jet exhaust, #KLM, #ProPublica, #Qantas, #renewable diesel, #San Francisco Bay Area, #Seneca, #SFMTA, #State of California. Bookmark the permalink.

Writing and reviews with an environmental, science fiction, and fantasy touch